In an earlier post, I explained my methodology for ranking the MCU’s villains. In this post, I present the villains I have placed in the second or middle tier. (You can find my Tier One post here.)

There’s no doubt that Robert Downey Jr. is the secret to Iron Man’s success (and, arguably, one of the primary reasons for the success of the MCU), but Jeff Bridges’ performance as Obadiah Stane is one of the best features of Iron Man. For the first two thirds of the movie, he is both likable and unnerving—and at times downright frightening. He’s damn intimidating in his scene with Pepper in Tony’s office, the scene where he explodes at a Stark Industries scientist, and when he steals Tony’s arc reactor (“It isn’t as . . . conservative as yours.”).

It’s too bad that the character almost goes off the rails in the third act. By the time he’s in the Iron Monger suit and tossing Tony around like an action figure, he’s become more a cackling, deranged villain than a believable character, and his earlier frightening performance gets lost in a few bad lines and a final fight that isn’t quite as affecting as it should be.

I think of Emil Blonksy/The Abomination as perhaps the most underrated villain in the entire MCU (in perhaps the most underrated Marvel movie). Even before he undergoes the treatment to turn him into a super-soldier, Tim Roth is captivating and frightening as the jaded commando driven by a nearly mad ambition to become a fighting machine. And in a time when big, brutish movie monsters often look a little too much like the trolls from The Lord of the Rings (I’m looking at you, Doomsday), the design for his final form is original and scary—a true Abomination.

Whiplash should have been the most interesting villain in Iron Man 2. Instead, Justin Hammer—a man whose incompetence as an evildoer is almost breathtaking—proves to be far more interesting than his more dangerous counterpart. This is mostly due to the performance of Sam Rockwell (who initially auditioned for the part of Tony Stark).

I think of Zola as a high-Tier-Two villain. Toby Jones certainly gives a strong performance as the Swiss (sorry, Cap; he’s not German) scientist who served as Red Skull’s right-hand-man. In Captain America: The First Avenger,  Zola played played a prominent role as Hydra’s lead scientist, harnessing the power of the Tesseract and producing the designs for Hydra’s advanced technology.

In The Winter Soldier, he makes a surprise appearance in a form more like the one that comics fans are accustomed to. His mind has been preserved in an antiquated computer that is perhaps a more realistic version of the robotic body than he has in the comics.

I put him here in Tier Two because of Toby Jones’ solid and dynamic performance and because, even though he is no more well-developed than villains like Malekith, the Russo brothers gave us such an interesting and surprisingly believable version of one of Marvel’s more wild concepts in The Winter Soldier. (And since Zola’s mind now exists in an easily-duplicated electronic form, they might have left open the possibility of a future appearance, perhaps in an even more comics-faithful version.) 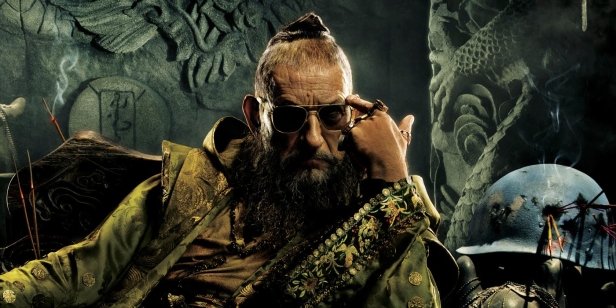 I’m undoubtedly in the minority on this one. The controversy over the Mandarin twist in Iron Man 3 was almost as bad as the controversy around BvS. For many it ruined what otherwise was a good film, and I certainly understand why they think so. The movie first took the Mandarin of the comics—a genius-level scientist and superior martial artist empowered by alien rings—and reduced him to an international terrorist; then it turned him into the ridiculous Trevor Slattery; and then it finally revealed him to be Aldrich Killian. In other words, the Mandarin was no longer the Mandarin.

I still rank him (or rather, them) higher than many Marvel villains because given the fact that the comics character is a racial stereotype who could never be put on screen as he is written, Shane Black and Marvel did something original and interesting with him. The “Mandarin” of the movie’s first half is frightening (even once we know that he’s a fake), and Killian is a serviceable movie villain (he’s at least as good as other villains in this tier).

Moreover, Marvel gave disgruntled fans “All Hail The King,” a short film that reveals that Killian stole the name of the Mandarin from a powerful figure who is still lurking somewhere in the MCU. It’s a retcon, sure, but it’s a good one, and it leaves open the intriguing possibility of a future appearance of the real Mandarin.

Though there’s little in the way of development for Rumlow, Frank Grillo is truly menacing in The Winter Soldier, and even though his screen time in Civil War is limited, he plays a memorable role as the catalyst for the Sokovia Accords.

In terms of character development, motivation, and the performance of the actor, Ronan is fairly comparable to Malekith from Thor: The Dark World. Both are fairly standard menacing villains who want to destroy things . . . well, just because . . . and both Lee Pace and Christopher Eccleston turn in solid performances of the limited material that the screenwriters provided for them (the two of them might have the most intimidating voices in all of the MCU).

What makes Ronan a Tier Two villain for me is his design, which is as comic-book accurate as you could ask for. And since Ronan’s original design is such an interesting one, that’s enough for me. 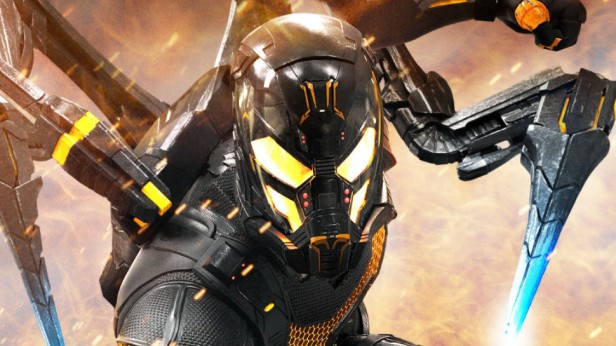 I initially thought that I’d put Yellowjacket in Tier One mostly because at times he strikes me as a whiny version of Obadiah Stane. But a couple of things pushed him into Tier Two: first, the character has fairly believable motivations (unlike the villains in Tier One); and second, the design for the Yellowjacket suit is gorgeous. It’s not comic-accurate, and it’s a bummer that we’ll probably never see Yellowjacket in the cinematic universe as a hero (as he has been in the comics universe), but I can’t deny that the suit is one of the most interesting designs in the MCU.

My only disappointment about Luke Cage was that it began with one of the best villain performances in the MCU and ended with a mediocre one. What makes this all the more disappointing is that Diamondback should have been a Tier One villain. It isn’t that he’s poorly written. Aside from a few bad lines, he’s a well-written character with a nicely fleshed-out background as well as clear and believable motivations that an audience could sympathize with.

But two things hold him back from being one of Marvel’s top villains, in my opinion:

First, Erik Harvey is simply unconvincing in his first few episodes; in fact, he’s little more than a cackling bad guy. It isn’t until the end of the season (when it’s too late, really) that he turns in a believable performance. The second reason is that his suit design, while fairly faithful to the comics, looks a little cheap on-screen. I don’t think that we can blame this on the television budget. Daredevil is also a Netflix show, and it has featured several excellent designs.

I should begin this one with a disclaimer: I dislike the first season of Jessica Jones (as I explain in my review of Luke Cage), and that probably colors my impression of Killgrave. I think I should say that especially since both Jessica Jones and Killgrave have received critical and popular praise.

I’m in the minority here, but I can’t help it: Killgrave is down at the bottom of Tier Two in my opinion. He’s certainly a better villain than Malekith or Whiplash, but I don’t think that he belongs among Marvel’s best villains.

Just to be clear, I wanted and expected him to be one of Marvel’s best because I’m a big fan of David Tennant and think that he’s one of the best actors in the business right now. But I found Killgrave to be a whiny, unlikeable character in a show full of unlikeable characters. And that’s about all I can say about him.

So that’s it for Tier Two! For Tier Three villains, I’ll be making individual posts in a countdown. Look for the first one soon . . .